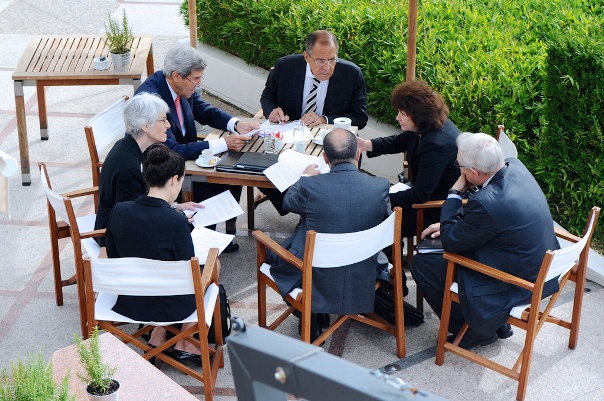 However disappointed we were on the issue of U.S. meat exports to Russia, we witnessed continued expansion of trade and investment between our countries in 2013.

For example, the U.S. firm Engine Alliance sold $700 million worth of energy-efficient jet engines to Transaero for its Airbus 380 aircraft.

Michigan-based Guardian Industries opened a new architectural glass plant in the Rostov region, a $240 million investment in the area that created 300 new jobs for Russian residents.

U.S. firm 3M laid the cornerstone of a new factory in Yelabuga in the Republic of Tatarstan that will start production at the end of this year. 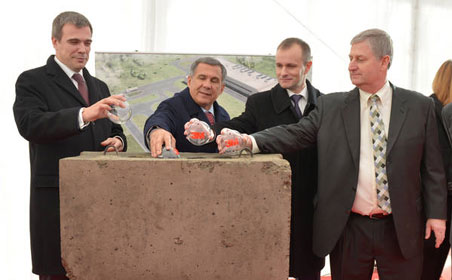 ExxonMobil signed agreements with Rosneft to explore for oil in the Arctic and Black seas, research tight oil deposits in western Siberia, and build a LNG terminal in the Russian Far East. General Electric won a $600 million contract to supply equipment to the Yamal LNG project and signed an agreement to develop mini power plants for Russian manufacturing facilities. Generally speaking, my impression is that most major U.S. investors in Russia were pleased with their results in 2013. And I have the same impression regarding Russian investors in the United States.
Our joint cooperation in fostering innovation continues to strike a responsive chord. The Spaso Innovation Series at my Moscow residence has continued strong throughout 2013 with U.S. innovators like Cassio Conceicao of Silicon Graphics and venture capitalists Keith Teare and Evan Burfield sharing their experiences with enthusiastic young Russian entrepreneurs. (You can read more details on my blog.)

Our Innovation Working Group under the Bilateral Presidential Commission held two successful meetings, bringing together governments, private industry and NGOs to foster innovative business collaboration between U.S. and Russian firms. I have continued to speak regularly on innovation, most recently at the Silicon Valley Open Doors conference December 3-4, 2013, where I had the pleasure of presenting the top startup award to the Russian company ECWID.
We also witnessed an uptick in cooperation regarding counterterrorism in 2013. In response to the terrorist attack on the Boston Marathon in April 2013, the Russian Federal Security Service (FSB) provided significant assistance to the FBI’s investigation of this tragic event. This exchange of information highlighted the value of cooperation against the worldwide scourge of terrorism. Both the FSB and the FBI continue to exchange information regarding terrorist threats in both of our countries and around the world.
Even without a formal law enforcement assistance agreement, cooperation between American and Russian law enforcement occurs on a regular basis. In 2013, we have successfully worked together to prosecute murderers, protect children from predators, and locate stolen assets.

Although we have disagreements on some issues, we listen to each other respectfully. On those areas where we can cooperate, we do so professionally and effectively. There has been excellent engagement on sharing and learning among our defense bar counterparts. And we have had many joint efforts to build mutual understanding in civil law matters through seminars, roundtables, and conferences throughout Russia to improve legal education and combat corruption.
Our counter-narcotics cooperation continues apace with active cooperation through the Bilateral Presidential Commission Counter-narcotics Working Group to improve our results in combatting drug traffickers and treating drug addicts. We expect this cooperation to expand and deepen in the coming year.

I was honored to be at the International Drug Enforcement Conference IDEC
with Director of Russia’s Federal Service for the Control of Narcotics Viktor Ivanov
and DEA Administrator, Michele M. Leonhart

And in 2013, as in previous years, we either continued or started thousands of cooperative projects.  (To get a sense of the breadth of our bilateral cooperation, I recommend reading the Joint Bilateral Presidential Commission Report. For instance, in May 2013 the U.S. National Institutes of Health and the Russian Foundation for Basic Research selected a second round of U.S.-Russian HIV/AIDS research projects for joint funding. The U.S. Environmental Protection Agency and Russian Ministry of Environment also continued to share expertise on cleanup of hazardous waste sites and have begun working with American firms to develop pilot projects applying U.S. technology to clean up some of the most polluted Russian locations.

The Embassy and the Russian Academy of Sciences also marked the 80th anniversary of the re-establishment of diplomatic relations between the United States and the then-Soviet Union with a jointly organized academic conference in November. And 2013 also saw the birth of the U.S.-Russia Peer-to-Peer Dialogue Program, which promotes partnerships and the exchange of best practices between U.S. and Russian NGOs and universities.
Cultural exchanges have been a highlight of bilateral cooperation. The visit to Moscow and St. Petersburg of the Carnegie Hall National Youth Symphony, under the direction of one of the world’s greatest conductors, Russian maestro Valery Gergiev, and featuring renowned American violinist Joshua Bell was a high point. And as always, one of my greatest pleasures was the opportunity to host some fantastic concerts at Spaso House, including Irvin Mayfield and the New Orleans Jazz Orchestra (featured on Kultura Channel’s “Big Jazz Show”), the Quebe Sisters, Los Texmaniacs, the Johnny Rogers Band, and Grammy Award-winning jazz saxophonist Bill Evans and his Soulgrass band.

Click to watch the video of Bill Evans and his Soulgrass band performing at Spaso House.


We brought 2013 to a close in grand style at Spaso with renowned Russian conductor and violinist Vladimir Spivakov and his Moscow Virtuosi chamber ensemble.